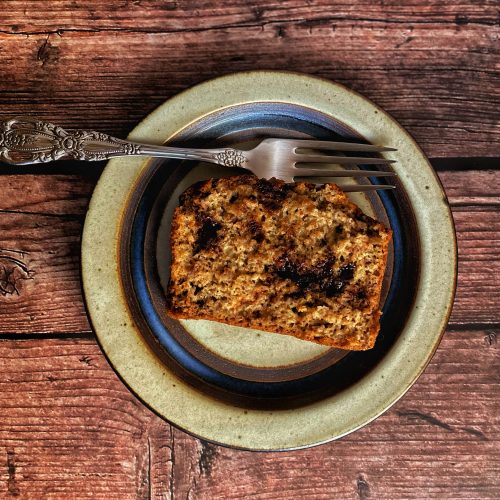 One of the most common complaints I get from people with dysphagia is this – “I can’t eat bread!” Bread is always one of the toughest things for people to chew and swallow, even for the average person without dysphagia.

For the record, I am SO SORRY bread is essentially off limits according to IDDSI standards. It really makes me sad too. I’d love to bring bread to the table in a non-disgusting way, but it’s really hard to modify.

However, sweet breads, such as banana bread, are a little more palatable when modified than a crusty baguette. I modified the recipe “Chocolate-Chip Banana Bread” by Erin Jeanne McDowell. I found this recipe on the New York Times Cooking app, something that I use frequently. They have a really great subscription for a cheap annual price.

I liked this recipe because it used a lot of bananas, so I knew the end result would be really moist, which is something we’re obviously looking for.

It’s easily modified to be a soft and bite sized dessert just by adding a bit of milk to the finished product.

I made the batter and cooked it exactly according to the recipe. 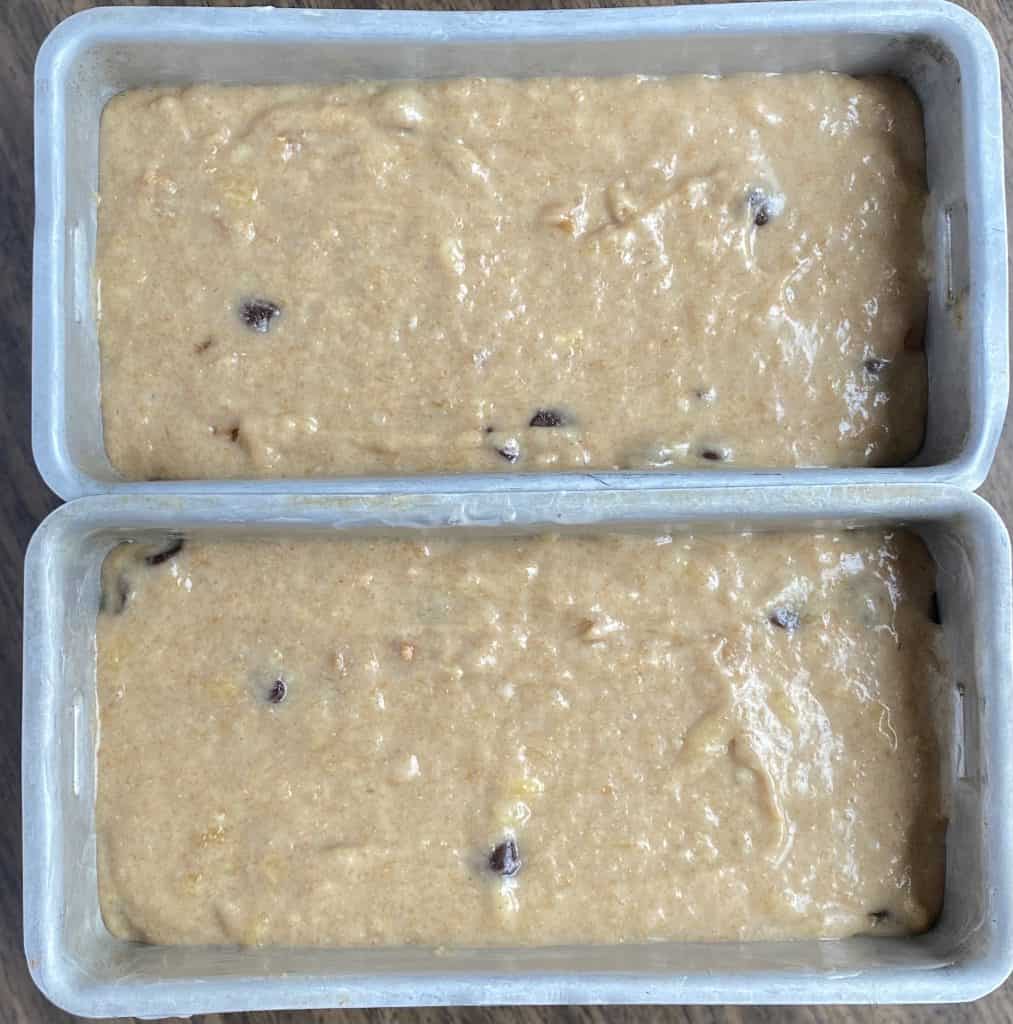 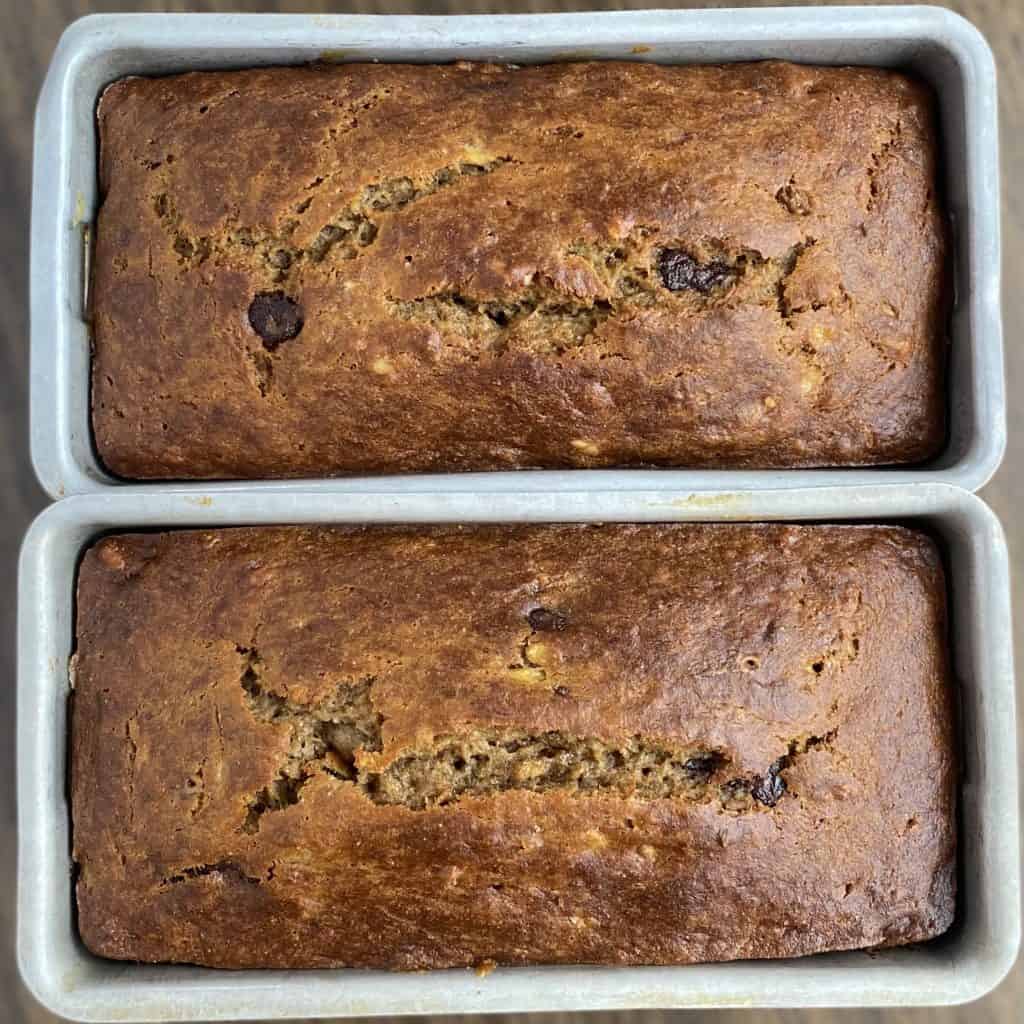 After that, I just took a couple of tablespoons of milk and poured it right onto a sliced piece of bread. It’s better to do this when the bread is still slightly warm, though not crucial.

The crust is the trickiest part. If your edges got too crusty, you can just cut them off and enjoy the middle. When I soaked my bread, I made sure to soak the edges really well because those will naturally be the tougher pieces.

As you can see, this bread easily passed the fork test! If you’re still confused on how to do that, you can find more information here. After that, just cut it into bite sized pieces and you’re good to go!

I actually loved this bread when it was soaked in milk. It had a cookies and milk vibe that I really enjoyed. 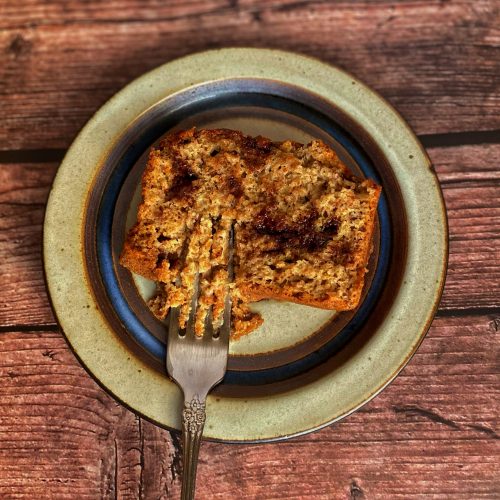 Food pieces can be no larger than 15mm square for adults or 8mm square for children. Foods must have no separate thin liquid, but should be soft and moist. The pressure from a fork or spoon must be able to mash the pieces easily; this is called the Fork Pressure or Spoon Pressure Test. In these tests, the utensil must be able to easily cut through or break apart the food using only the side of the utensil. When mashing the sample to test, only use as much pressure as causes your thumbnail or fingernail to blanche white. After mashing, the food must not return to its original shape. We recommend watching IDDSI’s Youtube video of the Fork Pressure and Spoon Pressure Test before you cook as well as during the testing of your final modified portion.

Let us know if you enjoyed this as much as we did! Hopefully it’s a way you can get your ‘bread fix,’ and still be safe when eating it. Leave a comment below! We love hearing from all of you lovely people.

If you loved this recipe, check out our other Level 6: Soft & Bite-Sized, or learn more about us! 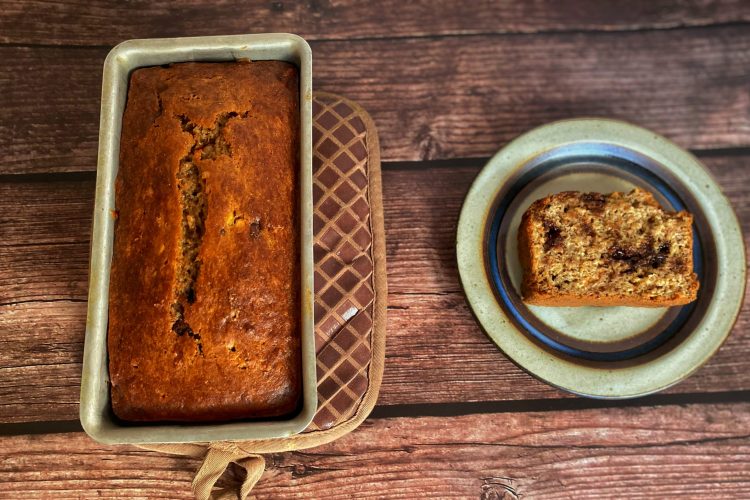 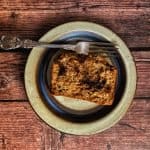 Support us on Ko-fi